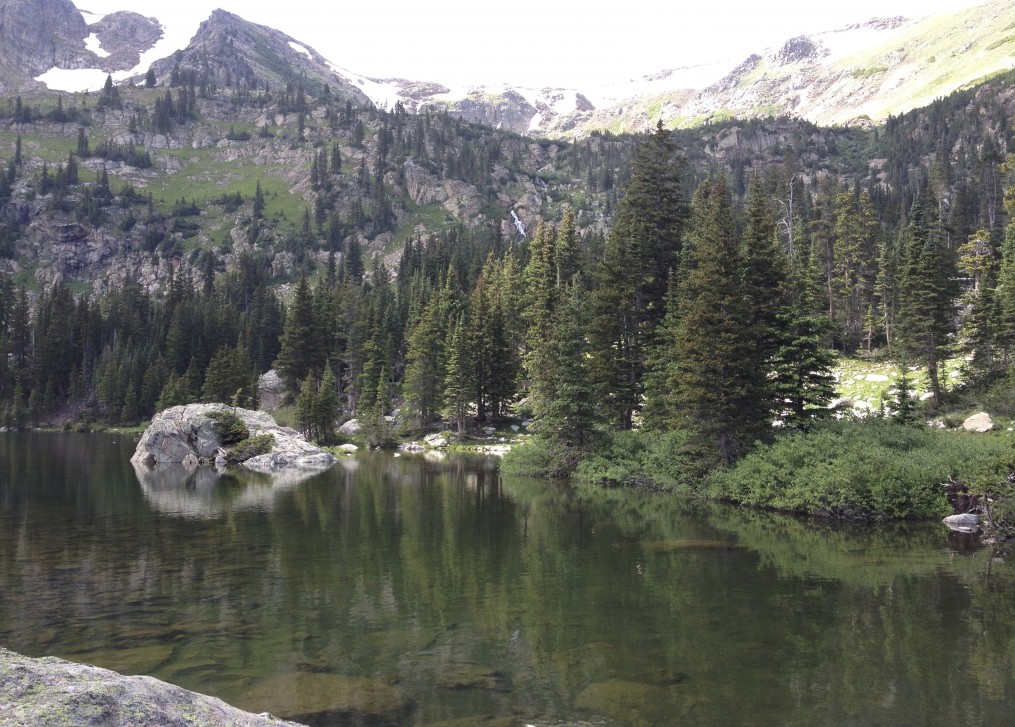 It means a lot when you know people are praying for you.  It’s encouraging; you feel loved and appreciated.  We often ask people for their prayers just because it means so much.

The apostle Paul wrote:  With all prayer and petition pray at all times in the Spirit, and with this in view, be on the alert with all perseverance and petition for all the saints, and pray on my behalf, that utterance may be given to me in the opening of my mouth, to make known with boldness the mystery of the gospel (Ephesians 6:18, 19).  You see, there is a reason why we ask people for prayers and why it means so much when they do.  The reason is that the Biblical example shows us that it’s right to ask for prayers and that prayers work.

So, pray for one another and ask others to pray for you.  Pray for me.  Know that prayer works because God loves you and wants the best for you.  Oh, and I love you, too.

No one has seen God at any time; the only begotten God who is in the bosom of the Father, He has explained Him (John 1:18).  The apostle Paul wrote that the invisible attributes, eternal power and divine nature of God have been clearly seen since the beginning (Romans 1:20).  However, just looking at the beauty of creation doesn’t tell us of the love God has for us.  It doesn’t tell us what His will for us is; what is necessary to be with Him for eternity.

This is what Jesus came to do.  No, I don’t mean He came to explain and then accidentally got caught up in something that led to His death.  I mean that His coming to die on the cross, and all the other particulars of His life, was an explanation of the love of God that He has for mankind.

I find encouragement in that!  God loved you and me enough to let His Son come here, knowing what would happen, but Someone had to explain the God of the sunrise.  God still needs explaining to those who do not know Him; that’s our job!

Remember, God loves you and so do I.

I want to talk a bit about Bill.  I think I’ve written about him before in these notes several years ago, but I was reminded of him tonight while listening to a sermon.

I don’t remember exactly how I met Bill.  We were in a Bible study, but I don’t remember how we came to be studying together; it’s been too many years now.  I do remember that Bill was, I think the polite term used to be, “a little slow.”  Bill was not mentally retarded, or disabled, but he was challenged.  He could live on his own and care for himself and he had a job that paid for his rent and his living.

Even more vividly, I remember that when we studied the Bible Bill’s eyes would light up.  He would talk about how beautiful heaven must be and he wasn’t talking about beautiful mansions, but about a perfect existence where he wasn’t handicapped, and an existence where people didn’t make fun of him.  Bill had mean neighbors and he hurt!  I’m ashamed to say it, but I think heaven meant more to Bill than it did to me.

I’ve lost track of Bill in the years since, but I think of him from time to time and I hope that one day, walking down that street of gold, I’ll see him.  I really do want to hug his neck!

but just as it is written, “Things which eye has not seen and ear has not heard, and which have not entered the heart of man, all that God has prepared for those who love Him.” (1 Corinthians 2:9).  God loves Bill, and He loves you; and so do I.

A hallmark of these notes has been to point out that God loves you.  The passages referred to are selected to demonstrate that love.  However, I wonder sometimes if there are not those who still have trouble believing that God could love them.  Discouragement is such a powerful emotion that sometimes it hangs on even in the face of the most convincing evidence that there is reason to be encouraged.

One of the most familiar verses of Scripture is John 3:16:  “For God so loved the world, that He gave His only begotten Son, that whoever believes in Him shall not perish, but have eternal life.”  How much love is that?  I know people whom I love enough to lay down my life to save, but I don’t know anyone I love enough to lay down the life of my family to save.  And the fact that Jesus came here for that purpose shows that the Son was in agreement with the Father.

“Virtue is its own reward,” said orator and philosopher Cisero.  In our society we do not begrudge those who work in service industries for their livelihoods, but we frown on those who happen upon someone in need and offer to help “for a price.”

The apostle Paul put it this way:  Let us not lose heart in doing good, for in due time we will reap if we do not grow weary (Ephesians 6:9).  Someone could read that and think that Paul was saying the reason to do good is to receive a reward.  However, I wonder if what we reap in due time when we do good is not, in part, at least, the satisfaction of having helped someone who needed it.  In the context of this verse, Paul clearly means that the reward will be from the Spirit and not from the flesh, so do not expect a material reward.  It may come, but don’t expect it.

Our word of encouragement is that when we are actively helping and serving others, it does not go unnoticed.  God is watching and if no one else sees, He does!  I’m glad He’s watching.  He loves you, you know, and so do I.

How does it make you feel to know that you are the focus of God’s attention?  I suppose the answer to that question depends on the purpose and kind of attention, doesn’t it?  If we’re describing God’s attention in judgment, that might not be such a good thing.  However, think about God’s attention to His people in saving them.

The apostle Peter wrote that the prophets of old, and even the angels, longed to know more details about the coming Messiah, Who would give His life to save us (1 Peter 1:10-12).  Those details were not for them to know, however, and they were told that they were not serving themselves, but us.  Wow!  Think about that!!  Those famous prophets of the Old Testament were told by God that they were serving you and me.

So, here is our word of encouragement for today:  Therefore, prepare your minds for action, keep sober in spirit, fix your hope completely on the grace to be brought to you at the revelation of Jesus Christ (1 Peter 1:13).  Concentrate on the hope God has provided all mankind through Jesus, and not on the troubles of life.  And remember, God loves you and so do I.

I don’t know about you, but sometimes the thought of the future concerns me…no, it scares me!  I know that a Christian is supposed to have faith and not worry about tomorrow because today has enough trouble of its own (Matthew 6:33, 34).  Still, sometimes it’s hard and, to tell the truth, while I don’t know you, I suspect that it is for you, too, sometimes.

Strength and dignity will allow us to smile at the future, too.  It doesn’t matter what the future holds in this life; we are concerned with the future after this life!  That hope will let us smile at whatever future this life holds.

Be strong (keep your faith) and dignified (faithfully obedient to God) and smile at the future, knowing that He loves you and so do I.